Human chorionic gonadotropin is a glycoprotein hormone produced by the developing placenta shortly after fertilization. In normal pregnancy, hCG can be detected in both urine and serum as early as 7 to 10 days after conception. hCG levels continue to rise very rapidly, frequently exceeding 100 mlU/mL by the first missed menstrual period, and peaking in the 100,000-200,000 mlU/mL range about 10-12 weeks into pregnancy. The appearance of hCG in both urine and serum soon after conception, and its subsequent rapid rise in concentration during early gestational growth, make it an excellent marker for the early detection of pregnancy. The hCG One Step Pregnancy Test Strip (Urine) is a rapid test that qualitatively detects the presences of hCG in urine specimen at the sensitivity of 25 mlU/mL. The test utilizes a combination of monoclonal and polyclonal antibodies to selectively detect elevated levels of hCG in urine. At the level of claimed sensitivity, the hCG One Step Pregnancy Test Strip (Urine) shows no cross-reactivity interference from the structurally related glycoprotein hormones hFSH, hLH and hTSH at high physiological levels.

The hCG One Step Pregnancy Test Strip/Device (Urine) is a rapid chromatographic immunoassay for the qualitative detection of human chorionic gonadotropin in urine to aid in the early detection of pregnancy. The test utilizes a combination of antibodies including a monoclonal hCG antibody to selectively detect elevated levels of hCG. The assay is conducted by immersing the test strip in a urine specimen and observing the formation of colored lines. The specimen migrates via capillary action along the membrane to react with the colored conjugate. Positive specimens react with the specific antibody-hCG-colored conjugate to form a colored line at the test line region of the membrane. Absence of this colored line suggests a negative result. To serve as a procedural control, a colored line will always appear in the control line region indicating that proper volume of specimen has been added and membrane wicking has occurred. 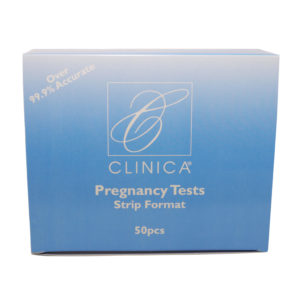 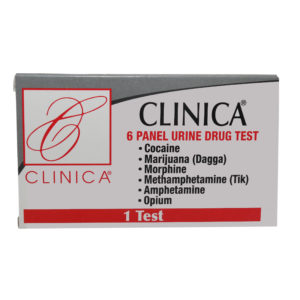 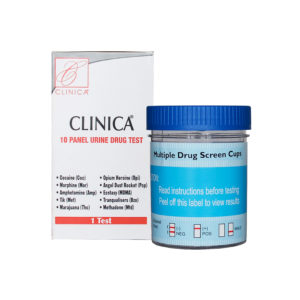 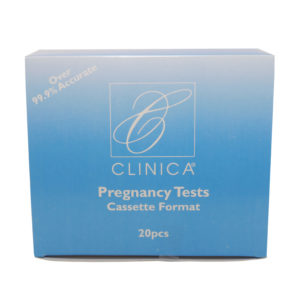